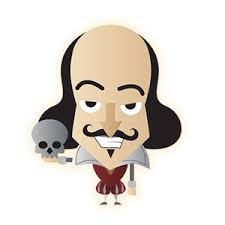 Mr. Heaney has spent his entire life fighting for the forces of good and vanquishing evildoers everywhere.  He believes in inspiring learners above all things.  He has used his experiences to facilitate a healthy learning environment in which students love to learn and realize the potential power they have in their own consciousness.  He has spent years training under the tutelage of Zen masters from the far realms of the Himalayas.  He has ventured on various pilgrimages in which he has learned forgotten ancient teaching techniques.  His goal is to use these methods to create independent thinkers who will value the power of thinking and pass it along to others.  Mr. Heaney credits his experiences that have led to his enlightenment.  In particular climbing Mt. Everest, swimming the English Channel, riding a wild bull for 15 seconds, base-jumping off the Eifel Tower, and living in the Arctic for over a year with only his pet chimpanzee Bilbo as a companion have been experiences that have informed his teaching style.  Mr. Heaney is an accomplished break-dancer and a highly skilled operatic vocalist.  His stage performances have included the roles of Hamlet, Othello, Ophelia, Franklin Roosevelt, Emily Dickinson and Che Guevera.  He has pitched 17 no-hitters, has earned 4 gold medals in male gymnastics in which he has excelled at the floor routine, and works tirelessly to take in refugees from all around the world.  Mr. Heaney has been an inventor for all of his life and is most well known for the Keurig and the piece of plastic that is at the end of shoelaces.  He has mastered the trombone, the twelve string guitar, and the kazoo but will only perform if he's allowed to play all three at once.  Most people don't know that he is the real reason The Beatles broke up and that Osama Bin Laden was found.  He believes in transcendental meditation and engages in 45 personal cleanses each year.  His personal motto is known only to himself but rumor has it that the motto is an old Swahili verse that if stated out loud will curse the person who says it.  Brendan has spent years devoted to the art of cheese sculpting.  He has constructed a life-size replica of the statue of David built entirely from cheddar and gouda.  Mr. Heaney views life as a journey in which every day offers a new opportunity to invent yourself.  He believes in the power of positivity above all things.  He believes in the West Coast Offense, the institution of the designated hitter, the separation between church and state, the right to arm bears, and cleaning his plate before he is excused from the table.  His appreciation for life can be attributed to being raised by wolves and overcoming the difficulties of being brought back into society to learn about the wonders of civilization.  He has not forgotten his wolf parents and still remains somewhat feral despite society's best efforts.  He has perfected the arts of underwater running and out of water swimming.  He has learned the ancient Chinese secret and will only tell it to those enlightened enough to handle it.  He is not above bribery but always above blackmail.  He has travelled through time and altered the space-time continuum only to realize he made things worse and then had to go back and set things to the way they were.  He has ventured to the future and has come back as a prophet to let all of us know one thing:  It's okay.